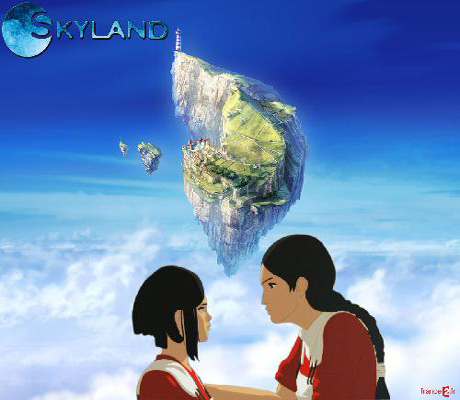 I had mentioned before that I was excited about Skyland, a new animated show on NickToons. The show's premise is that earth has shattered in to millions of little pieces that orbit around the core which is just a very inventive idea to build on. The show is beautiful rendered in all 3d. The back grounds are stunning and the cell shading on the characters is awesome.

Sadly it ends there. The writing is horrible and stiff and it's not helped buy the bad voice acting. The characters are poorly animated and seems jerky and removed. It's a little painful to watch and I can't say I'll be watching many more in the future. Makes me glad that Avatar gets every element of their show just right.